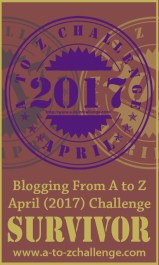 This year I was not sure I would be able to finish both blogging challenges and if I could write every day.  Yes, in between I really wanted to quit, but still something, someone, some power in some or the other way pushed me on the next day as I woke up to keep up with the challenges.

END_OF_DOCUMENT_TOKEN_TO_BE_REPLACED

Day 30 – And finally, our final prompt – at least until next year! Today, I’d like to challenge you to write a poem about something that happens again and again (kind of like NaPoWriMo/GloPoWriMo). It could be the setting of the sun, or your Aunt Georgia telling the same story at Thanksgiving every single year. It could be the swallows returning to Capistrano or how, without fail, you will lock your keys in the car whenever you go to the beach. 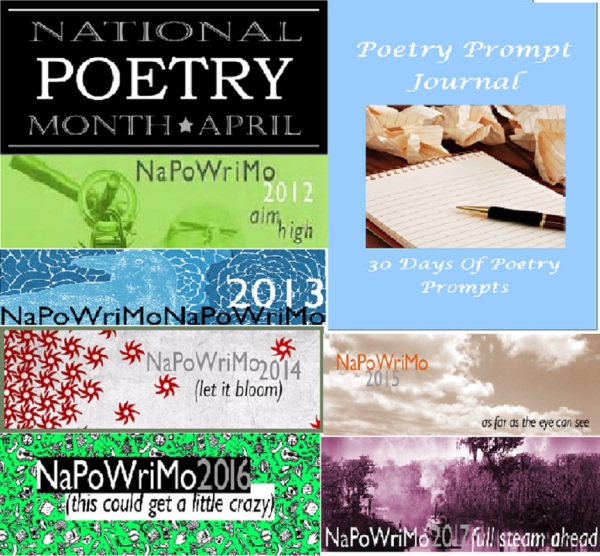 Year after year,
New Challenge in April,
New prompts for 30 days,
A new form of poem each day,
Due to NaPoWriMo Challenge.

END_OF_DOCUMENT_TOKEN_TO_BE_REPLACED

Day 29 – And now for our (optional) prompt. Today, I’d like to challenge you to take one of your favorite poems and find a very specific, concrete noun in it. For example, if your favorite poem is this verse of Emily Dickinson’s, you might choose the word “stones” or “spectre.” After you’ve chosen your word, put the original poem away and spend five minutes free-writing associations – other nouns, adjectives, etc. Then use your original word and the results of your free-writing as the building blocks for a new poem.

My favorite poem is by Robert Frost called “Dust of Snow”.

END_OF_DOCUMENT_TOKEN_TO_BE_REPLACED

Day 28 – And now for our prompt (optional, as always). Today, I’d like to challenge you to write a poem using Skeltonic verse. Don’t worry, there are no skeletons involved. Rather, Skeltonic verse gets its name from John Skelton, a fifteenth-century English poet who pioneered the use of short stanzas with irregular meter, but two strong stresses per line (otherwise know as “dipodic” or “two-footed” verse). The lines rhyme, but there’s not a rhyme scheme per se. The poet simply rhymes against one word until he or she gets bored and moves on to another. Here is a good explainer of the form, from which I have borrowed this excellent example:

Dipodic Verse
will be Terse.
Stress used just twice
to keep it nice,

END_OF_DOCUMENT_TOKEN_TO_BE_REPLACED

Day 27 – And last but not least, here’s our (optional) prompt! Many poems explore the sight or sound or feel of things, and Proust famously wrote about the memories evoked by smell, but today I’d like to challenge you to write a poem that explores your sense of taste! This could be a poem about food, or wine, or even the oddly metallic sensation of a snowflake on your tongue.

Oh, my mouth is salivating,
On hearing the name of the dish,
To try the famous Indian snack, you wish…

END_OF_DOCUMENT_TOKEN_TO_BE_REPLACED

Day 26 – And now for our (optional) prompt! Have you ever heard someone wonder what future archaeologists, whether human or from alien civilization, will make of us? Today, I’d like to challenge you to answer that question in poetic form, exploring a particular object or place from the point of view of some far-off, future scientist? The object or site of study could be anything from a “World’s Best Grandpa” coffee mug to a Pizza Hut, from a Pokemon poster to a cellphone. The archaeologists of 5011 AD,
Found a box of mystery,
A smile and jig of victory,
The “Jukebox” is their discovery.

END_OF_DOCUMENT_TOKEN_TO_BE_REPLACED

Day 25 – And now for our daily prompt (optional, as always). In 1958, the philosopher/critic Gaston Bachelard wrote a book called The Poetics of Space, about the emotional relationship that people have with particular kinds of spaces – the insides of sea shells, drawers, nooks, and all the various parts of houses. Today, I’d like to challenge you to write a poem that explores a small, defined space – it could be your childhood bedroom, or the box where you keep old photos. It could be the inside of a coin purse or the recesses of an umbrella stand. Any space will do – so long as it is small, definite, and meaningful to you. 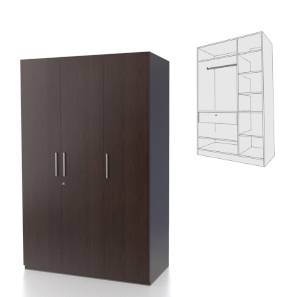 That little space as I recall,
The secret cabinet in the closet,
Which is near to my heart,
Holds special memories of past.

END_OF_DOCUMENT_TOKEN_TO_BE_REPLACED

Day 24 – Last but not least, our (optional) daily prompt. Today, I challenge you to write a poem of ekphrasis — that is, a poem inspired by a work of art. But I’d also like to challenge you to base your poem on a very particular kind of art – the marginalia of medieval manuscripts. Here you’ll find some characteristic images of rabbits hunting wolves, people sitting on nests of eggs, dogs studiously reading books, and birds wearing snail shells. What can I say? It must have gotten quite boring copying out manuscripts all day, so the monks made their own fun. Hopefully, the detritus of their daydreams will inspire you as well!

Sword & shield in hand,
The brave one has come to fight,
Against the weird snail-man outright,
On the white beast like a knight.

END_OF_DOCUMENT_TOKEN_TO_BE_REPLACED

Day 23 – Our daily prompt (optional, as always). Our prompt for Day Twenty-Three comes to us from Gloria Gonsalves, who challenges us to write a double elevenie. What’s that? Well, an elevenie is an eleven-word poem of five lines, with each line performing a specific task in the poem. The first line is one word, a noun. The second line is two words that explain what the noun in the first line does, the third line explains where the noun is in three words, the fourth line provides further explanation in four words, and the fifth line concludes with one word that sums up the feeling or result of the first line’s noun being what it is and where it is. There are some good examples in the link above.

A double elevenie would have two stanzas of five lines each, and twenty-two words in all. It might be fun to try to write your double elevenie based on two nouns that are opposites, like sun and moon, or mountain and sea. Roses,
Brings Happiness,
In the hands,
Whom it is given,
Loved!

END_OF_DOCUMENT_TOKEN_TO_BE_REPLACED

Day 22 – Our prompt for the day (optional, as always). In honor of Earth Day, I’d like to challenge you to write a georgic. The original georgic poem was written by Virgil, and while it was ostensibly a practical and instructional guide regarding agricultural concerns, it also offers political commentary on the use of land in the wake of war. The georgic was revived by British poets in the eighteenth century, when the use of land was changing both due to the increased use of enlightenment farming techniques and due to political realignments such as the union of England, Scotland, and Wales.

Your Georgic could be a simple set of instructions on how to grow or care for something, but it could also incorporate larger themes as to how land should be used (or not used), or for what purposes.

Nature is mystery,
Agriculture is one such natural history,
A beautiful creation by god for the needy,
Wait patiently as this process is not easy…..