The word I choose for the letter ‘I’ is Intimacy.

The quote I choose to go with the word Intimacy is- “Intimacy is not who you let touch you. Intimacy is who you text at 3 a.m about your dreams and fears. Intimacy is giving someone your attention, when ten other people are asking for it. Intimacy is the person always in the back of your mind, no matter how distracted you are”.

Story Time: Anu and Raj were introduced to each-other by common friends. They had met couple of times in get-together & had spoken to each-other couple of times but usually formal. One day Raj accidentally met Anu in a CCD where she was sitting alone reading a novel and enjoying her cold coffee. He requested if he can join her for which she agreed. This time Raj tried speaking informally to know more about her, as he liked her on the very first day they were introduced. At one point of time the conversation gets very personal when Raj frankly tells Anu that he likes her and is interested to take it further if she is feels the same.

END_OF_DOCUMENT_TOKEN_TO_BE_REPLACED

Emotional abuse can leave one traumatized! 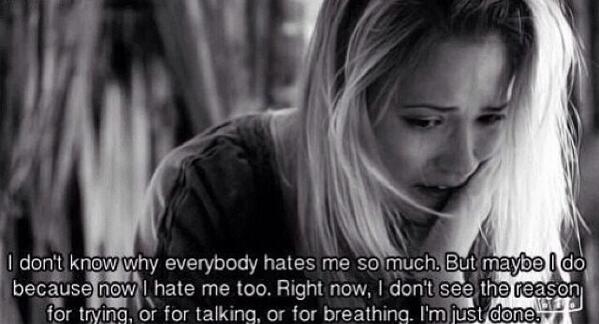 She has been humiliated,
Her opinions, have been disregarded,
Her appearance, is always judged,
She is always monitored and controlled,
Sharing of feelings, been verbally chastised,
Towards her, they are forever bigoted…..\